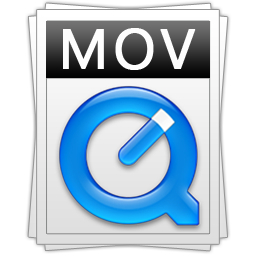 MOV is a multimedia format that is used for saving and creating video files. MOV was developed by Apple for their Macintosh systems. MOV is native to Mac's QuickTime Movie Player. As a universally accepted multimedia file, it is widely available for online downloads these days too. MOV may contain video, audio, animation, graphics, virtual reality, 3D, and text information. This file format is easily manipulated with the right software installed.

The MOV file format is very similar to the MP4 and that is the reason why they are interchangeable in QuickTime. Although the latter has better support, MOV is as highly recognized and as highly playable as MP4. As a matter of fact, ISO has approved MOV to be the basis for the creation of the said MPEG-4 file format.

MOV is also the native media file format of not just of Macintosh computers but of all Apple devices as well. This means that it is the file format preferred by the iPhone, iPad, and the iPod. Users that are using Apple devices should then pick MOV files as their preferred file when downloading movies and videos from the internet.

How to play MOV files

Codecs are not required when playing MOV video files on a Macintosh computer or an Apple device. However, if it has to run on a Windows machine, a MP4 parser may be required. PC's may need to upgrade the Video for Windows codec pack in order to handle this file. The DirectShow codec pack may be used as well.

However, MOV files failing to play on a Windows computer may not purely be codec issues. It could be a clear issue surrounding compatibility. Do note that not all versions of Windows Media Player can play these files, as only the later versions can handle them.

To play MOV files on an Android device, a compatible player has to be installed. Using just its native media players, Android devices won't be able to play MOV files. A third-party software like the MoboPlayer and others has to be installed on the device to facilitate playback. If downloading such a player isn't possible, the MOV file would have to be converted into MP4 instead.

For all other devices, the converting MOV into a format more recognizable by the system is recommended.

There is no known compatibility issue for MOV files running on a Macintosh computer or an Apple device. However, for Windows computers using the Windows Media Player, error messages in running MOV videos may show up. To resolve this problem, an upgrade of the player and a fresh download of the codecs are the usual troubleshooting steps. However, users will find it easier to just download a compatible MOV player for their computer or simply convert the MOV videos into a file format that is easily playable by the system.

Why you need to convert MOV files

MOV files have to be converted for a lot of reasons. Because MOV files are native to Mac computers, Windows users would have to do one of these two things to process MOV files: first, download the necessary codecs or second, install a third-party media player. MOV files are easily playable by QuickTime. If you don't have it installed in your computer, you will find it hard to play MOV files.

And it is a different story if the user would want to edit these files as well. While MOV can easily be manipulated by the Apple's Final Cut Pro X, that software can be a little too expensive for a regular home computer user. There's just a handful of video editing software that can handle MOV files, and not all of them are offered for free. Converting MOV to MP4 format allows users to do anything with the video they recorded – splice it, cut it, and put some special effects on it. There is more that you can do with your videos if it is edited by the software that you are comfortable using.

There are many devices, more particularly Apple devices, which video recording output is a MOV file. While it is easy to view and edit these files using the device that recorded them, it is still best to use a high speed computer to create a more desirable home movie out of them. There are simply a lot of options to explore when professional editing software is used to handle the videos. For a more seamless use of video files across all of the computers in a network, MOV files have to be converted to another file format that is easily understandable by each system or device.

What features should the best MOV converter have? Fast conversion speed, stable performance, high output quality, wide formats support, advanced functions, etc. right? EaseFab MOV file converter provides all you need and thus is the ultimate solution to convert MOV video. You can use it to convert MOV to MP4, AVI, M4V, FLV, MPEG, DivX and hundreds of other formats.

Besides converting MOV, it can also convert among other video/audio formats. Not only does it functions as a MOV video converter, but also as a MOV merger to that you can use to merge MOV and so forth to personalize and touch up your movies before converting them. There is no doubt that this MOV converter for is just the right one you need. So why not give it a try?