Xbox One is the successor to Xbox 360 and quite a competitor of Sony's PS 4 (PlayStation4). It runs an Xbox OS, a Windows kernel based OS and another OS simultaneously. Both Xbox One and 360 alone can play DVD movies, HD DVD movies without any special software downloads or hardware attachments. However, Blu-ray is not included. What if you want to play Blu-ray on Xbox One or Xbox 360. There might be one way out to save the trouble - convert Blu-ray to Xbox 360 hard drive to enjoy the Blu-ray movies.

If you think it is unreasonable to eat up most or all of that 12GB or 8GB (actually, only 5GB available for Xbox One) space with Blu-rays, you can rip the Blu-ray to your computer with this Blu-ray to Xbox Converter, and then you can stream them over to your Xbox console, by managing t hrough Media Center Extender (MCE) via a home network to Xbox.

To rip Blu-ray movies to Xbox One/Xbox 360, EaseFab Blu-ray Ripper is highly recommended. It offers specified video formats for Xbox 360, Xbox One and many other game hardware like PSP, PS4, Wii and more. With it, you will be able to watch any Blu-ray and DVD movies via Xbox. Meanwhile, It is well compatible with Windows oprating system and converting with fast speed and extremely high quality. Just download it and follow the detailed procedures below to convert Blu-ray to Xbox supported format.

Put in a Blu-ray into your BD drive (necessary for ripping Blu-ray), then click Load Blu-ray to load Blu-ray files, like in the picture below.

Step 2. Choose Xbox 360 or Xbox one preset as the output format

This Blu-ray to Xbox ripper provides optimized presets for Xbox 360 and Xbox One (HD output format). So in this step, you can just choose the ready preset for Xbox devices as the output format, which will remove all the incompatibility issue. 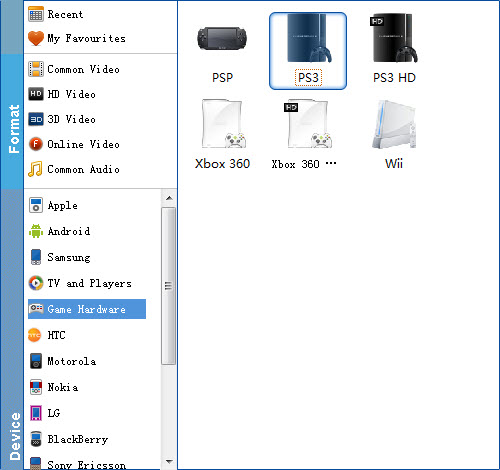 Click "Convert" button, then the Blu-ray to Xbox ripper will rip Blu-ray to Xbox compatible file format immediately. With multithreading technology and advanced audio and video in sync technology, the application will finish conversion task at super high speed without any audio and video out of sync issues. Once finished, you can click "Open" button to get the final generated files for your Wii with ease. Now you are ready to play Blu-ray movies on Xbox One or Xbox 360. Just add the files to the SD card of your Wii for entertainment.