If you're looking for the easiest way to convert 3D Blu-ray to 3D SBS MP4 videos for backing up or enjoyment on your VR headsets, you've come to the right place.

3D Blu-rays are a part of digital life. For a long time, we can only watch the 3D Blu-ray movie with a Blu-ray Player on 3D TV with a 3D glassess at home. With the death of 3D TVs and the popularity of VR heasets like Samsung Gear VR, Oculus Quest, HTV Vive, we can consider to rip these 3D Blu-rays to 3D digital videos for amusement. If you'd like to make Blu-ray 3D to MP4 SBS backups, you're definitely being the right place. This is an instructional article on showing how to convert 3D Blu-rays to SBS 3D MP4 quickly and easily.

To get the job done, you're recommended to adopt EaseFab LosslessCopy for help. As a professional 3D Blu-ray converter, LosslessCopy can convert any 3D Blu-rays to various 3D videos including 3D MP4, 3D MKV, 3D AVI and more with ease. And it provides you four different 3D options, namely, SBS 3D, Anaglyph 3D, two separate files, and two video streams in one file. Excellent video quality and fast conversion speed make it surpass other similar apps in the market.

Plus, with it, you can freely select your desired subtitles or show the forced subtitles only as you need for ripping 2D/3D and Ultra 4K Blu-ray to 3D videos with desired subtitles. If you're using a Mac computer, simply turn to EaseFab LosslessCopy for Mac, which can help you convert 3D Blu-ray to SBS MKV, SBS MP4 and other 3D videos on macOS Monterey, Big Sur, Catalina and lower.

Now download the right program according to your computer OS and follow the step-by-step guide below to rip Blu-ray 3D to SBS MP4 videos with ease.

To begin with, you need to download and install EaseFab LosslessCopy on your PC or Mac. The guide below takes the Windows version for an example. Mac version has the same process.

Launch the professional 3D Blu-ray to SBS converter. Click the button on top left corner to add 3D Blu-ray movie to it. You can also load 2D Blu-ray discs, 4K Blu-ray, DVD, ISO image into the program. Double click the video, you can preview the movie in the right side. 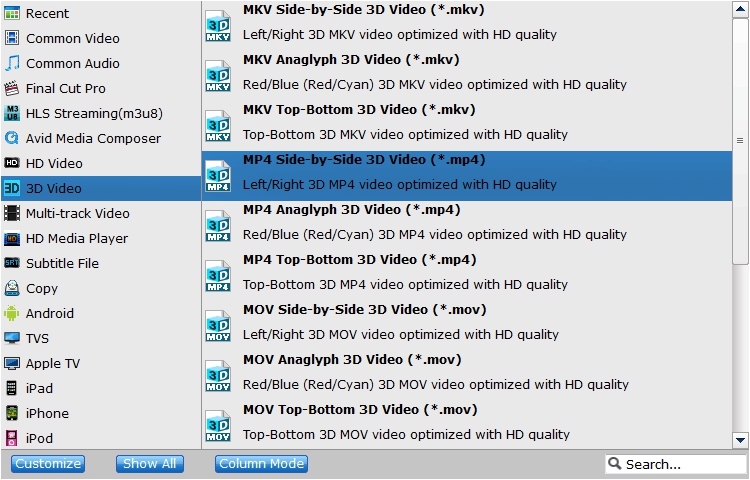 Click "Settings" button to do corresponding settings regarding to video, audio. Plus, in this Profile Settings window, you can also select 3D Anaglyph and 3D Depth. 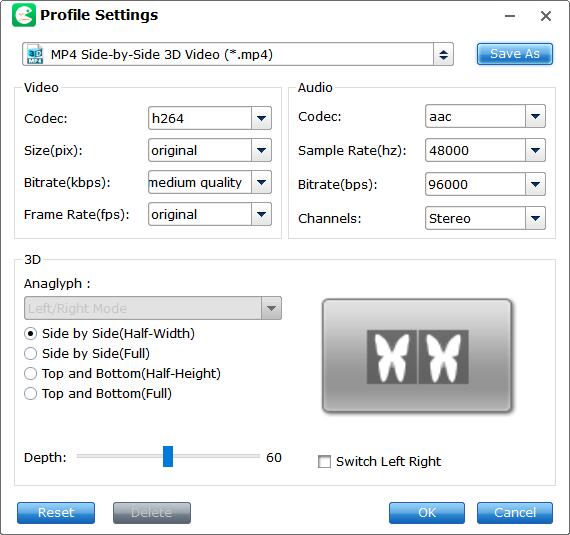 Hit the "Convert" button under "Preview" window to carry out the 3D Blu-ray to 3D SBS MP4 conversion process.

After conversion, open output file destination, locate the created SBS 3D MP4 video and you could watch the SBS MP4 videos on your VR headsets,3D projector or other 3D players with amazing 3D effect.