Technically speaking, aspect ratio is the relationship of the width of a video image compared to its height. It's a very important factor for not only DVDs and Blu-rays, but also almost all kinds of video you would encounter in your daily lives. Aspect Ratios can help to explain a common issue for many people - those annoying black bars that sometimes appear on the TV screen when we watch a movie.

It can be quite confusing when we start thinking about the Blu-ray or DVD aspect ratio. As there are a few different variations, it can be difficult to understand why the picture sometimes looks different on our television screens. However, when you understand what is happening with your TV screen, and why, then it isn't so difficult to see what is going on. The main benefit of understanding this issue is that you can look out for the aspect ratio of a Blu-ray or DVD disc before you buy it, and you may make a better choice for your TV equipment. You always have a choice of cropping out the black bars when you watch it on your TV. However, the image will always be less sharp, and you may well lose some of the important action. Personally, I always watch something at the original aspect ratio. I hate it when an image is stretched or cropped on the screen.

The Aspect Ratio of Your TV

All the older TV's and computer monitors you grew up with had the squarish 4:3 shape, which are 33% wider than it was high. 4:3 LCD monitors can display analog video signals that conform to NTSC and PAL standards, but they are not capable of displaying HD (high-definition) videos.

16:9 is the native aspect ratio of most high-definition LCD monitors and TV's (16:9 and 16:10 are very similar). It is 78% wider than it is tall, and fully one-third wider than a 4:3 screen. 16:9 widescreen monitors are ideally suited to display HD video signals. Some models can also display SD (standard definition) video signals, but this will require some compromises.

Generally speaking, if your computer monitor or TV set are bought in recent years, and it looks more like wide than square, then it's 16:9 in aspect ratio. If you have some old display devices, they could be 4:3 in aspect ratio.

If you look on the back of the box of your Blu-ray or DVD disc, it will tell you the aspect ratio of the movie or show that is on the disc.

When a movie or television programme is recorded, a choice is made as to the aspect ratio that it will be recorded in. Although there are many different aspect ratios that have been used over the years, there are four main formats that you will come across regularly.

35 mm original silent film ratio, today commonly known in TV and video as 4:3. Also standard ratio for MPEG-2 video compression. This format is still used in many personal video cameras today and has influenced the selection or design of other aspect ratios. It is the standard 16 mm and Super 35mm ratio.

This is becoming less common as modern TV screens switch to widescreen formats. However, many older TV programmes will only be available in this aspect ratio. Therefore, we can play this 4:3 TV show on our 4:3 television and it will fit perfectly. However, if we play the 4:3 TV show on our 16:9 television, then will see the black bars as shown below.

On the 4:3 TV, the image is a perfect match and fills the screen completely. But, on the 16:9 HDTV there are bars on either side to make up for the missing width of the image. This is called pillar boxing or vertical letterboxing. Most HDTVs will have a 'justify' (or similar) option where it will stretch the image to the edges, but this can make the image appear strange. Another alternative is to zoom in and remove the bars, but this will mean losing some of the action at the top and bottom. The picture may also lack sharpness when you zoom or justify the image. 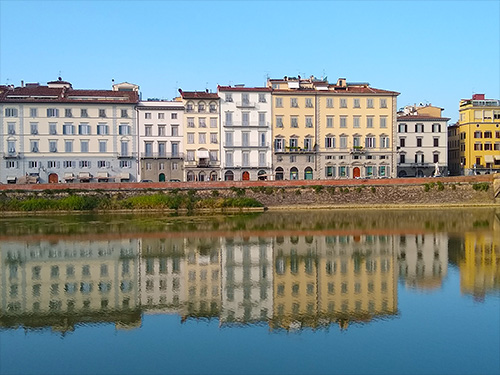 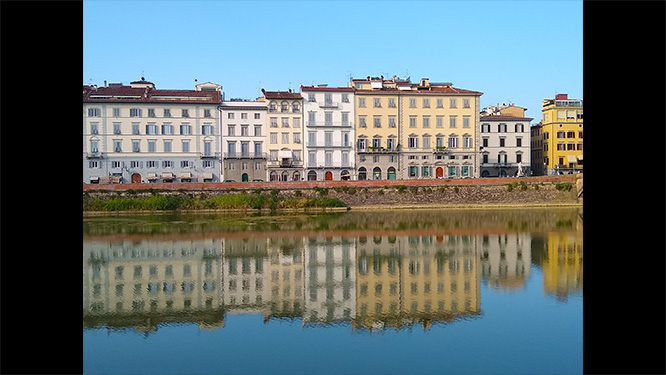 Also known as 16:9 (pronounced 'sixteen by nine'). Also commonly just called widescreen - even though there are other common aspect ratios which are also 'widescreen'. This can be thought of as the HDTV aspect ratio, as this is the standard format for high-definition television - and you will find TV companies recording new HD programmes with this ratio. It's also used increasingly in personal video cameras.

The widescreen image will have bars at the top and bottom on a 4:3 TV - and the image will appear to be much smaller as it is made to fit the smaller width.

This is called letterboxing. We can zoom in on the TV to get rid of the bars, but this will mean losing some of the action at the edges - and make the picture lose sharpness. 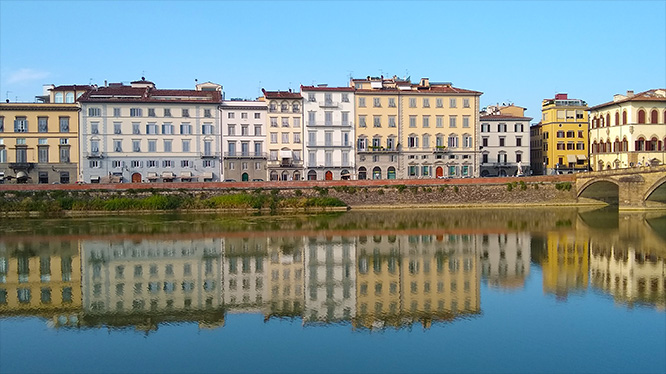 The 1.78:1 image on the 16:9 TV is a perfect fit. Doesn't that look great! Notice that with a widescreen image, you get to see more detail on the left and right edges of the picture compared to the 4:3 version shown previously.

A 1.85:1 movie on a 16:9 screen does actually have some letterboxing, but as this shape is a pretty good fit the bars at the top and bottom will be quite small.

In fact, with overscan on, you won't actually see them at all. If you turn overscan off, you will get small bars at the top and bottom - but you also get a bit more of the image left and right. 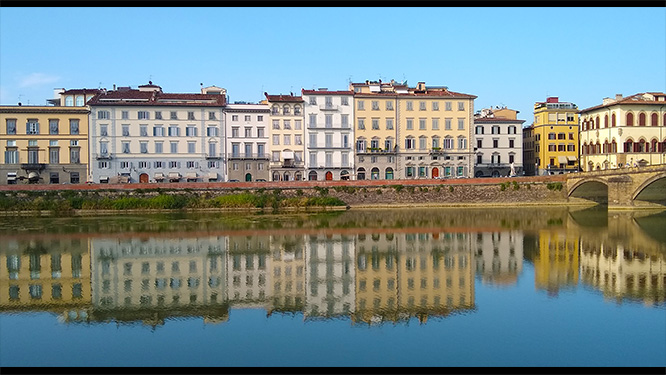 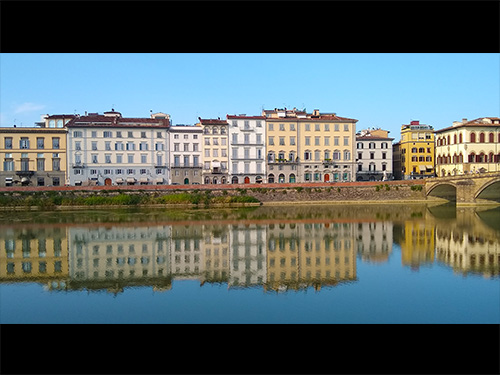 On the 4:3 television the result is very similar to the one with the 1.78:1 aspect ratio. However, the black bars at the top and bottom will be slightly bigger - and therefore the actual image will be smaller. We can zoom in to remove the bars - and some of the action too!

Also known as Panavision or CinemaScope. A popular aspect ratio for major movie releases. Historically, this aspect ratio was actually 2.35:1, but it switched to 2.39:1 in the 1970's. It is also commonly rounded up to 2.40:1. Therefore you may see any of these three versions recorded on the DVD box - although they are essentially the same thing.

Notice that we can see even more detail on the left and right of the image compared to the widescreen version.

The 4:3 television will have huge black bars at the top and bottom. The movie will be that small colorful bit somewhere in the middle! Again, as with the previous aspect ratios, zooming in can reduce the bars but it will also make the image less-defined and cause a loss of the picture at either side. 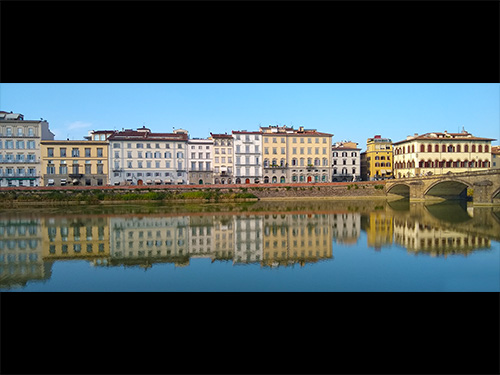 On the 16:9 TV, this is probably the one that annoys people most. We spend all this money on a huge 60-inch widescreen technological phenomenon, and then when we play a DVD or Blu-ray part of the screen is covered with black bars at the top and bottom!

I guess we should have tried to find a 1.85:1 version of the movie! If we want to keep the aspect ratio in the way the director intended, then we have little choice but to watch it with the letterboxing.

Alternatively, we can zoom in the image to remove the bars, but we will then lose some of the action from left and right - and after all, having this extra width is the whole point of shooting the movie in 2.39:1. Another option is to get a screen that is the same 2.39:1 aspect ratio. Unfortunately, although there have been a few released in the past, I'm not aware of any current ultrawide flat screen TVs.