Open Broadcaster Software (OBS) is free and open source software for video recording and live streaming. It uses less resource than the commercial alternative. If you recorded some game or match footages (FLV files) to Mac, you may wanna edit the OBS recordings in iMovie to make them look cool. However, you'll be disappointed that iMovie won't open the OBS files. The reason is that OBS files are often in FLV format, and they can't be recognized by iMovie. To make OBS footage workable in iMovie 11/09/08, the quick workaround is to transcode the OBS FLV to iMovie compatible format.

The article would show you how to convert OBS files to iMovie step by step with a professional Video Converter for Mac (macOS Mojave compatible), by running it, there's no need to set the codec by yourself: the Mac program has a optimized preset for iMovie (iMovie '11 included).

3 Steps to Convert OBS FLV to iMovie on Mac

Here you can directly drag & drop the OBS FLV files to the converter, or click "Add Video" button to locate the video files.

You can directly choose the preset for iMovie which has been supplied by the FLV to iMovie Mac Converter. The setting also works for iMovie '08, iMovie '09, iMovie '11, and iMovie HD etc. Moreover, the Mac program has some simple edit functions like cropping, splitting, adding effects etc. 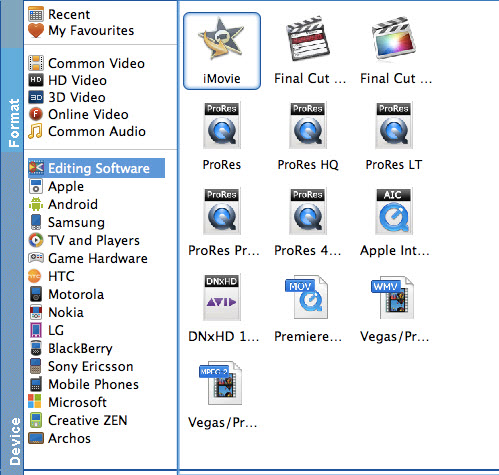 Now click the "Convert" button, and then leave the OBS to iMovie Mac Video Converter to do the rest automatically for you. The converter works on MacBook, MacBook Pro, MacBook Air, iMac powered by Yosemite, Mavericks, Mountain Lion, Lion, or Snow Leopard.

Finally, launch iMovie. In iMovie, go to the File menu, choose Import > Movies, and then navigate to the folder that your output OBS FLV files are saved. Select the files and click "Import".