How to Open MTS/M2TS files on Mac 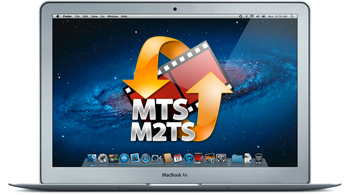 MTS and M2TS are both file extensions for the high definition digital video camera recorder format, AVCHD (Advanced Video Codec High Definition). AVCHD was jointly established by Sony Corporation and Panasonic Corporation in 2006 for use in their digital tapeless camcorders. However, MTS or M2TS files playback on Mac can be a tricky task for many Mac users, especially when you have upgraded to the latest OS X 10.11 EI Capitan. Luckily, there are some simple solutions that will allow you to open MTS/M2TS on your Mac computer. This article will teach you how to play M2TS/MTS on Mac with or without extra media player applications.

Solution 1: Play MTS/M2TS on Mac with VLC or Other Players

Note: MTS/M2TS files can also be played on Sony PlayStation 3S and Sony Bravia TVs supporting playback of AVCHD, without any conversion.

Maybe you can play some M2TS/MTS video files on MPlayer, BSPlayer, Windows Media Player, ALL Player and some other players, which rests with compression formats in a M2TS/MTS video file. For some players, they may need to install a proper codec, component or plug-in unit. Thus, if you want to play MTS/M2TS videos on different platforms, the once and for all method is converting MTS for Mac. By doing so, you can effortlessly play your cam video on QuickTime, manage in iTunes, edit in iMovie and more.

Solution 2: Convert MTS/M2TS to MOV on Mac to Play on Any Mac

To convert MTS/M2TS on Mac, you need a video converting tool for help. Here EaseFab Video Converter for Mac is strongly recommended. It enables you to convert an MTS/M2TS any popular video format for various players, devices and applications with zero quality loss. It can also edit MTS/M2TS files before converting to an output format. All common video editing tools are included, like Trim, Crop, Rotate, Effects, Watermark, Subtitle, etc. For Windows users, please download the Windows version and do steps in the same way.

You can add M2TS/MTS video files by dragging and dropping or click "Add Video" button. Batch conversion is supported, so you can load more than one file to save time. 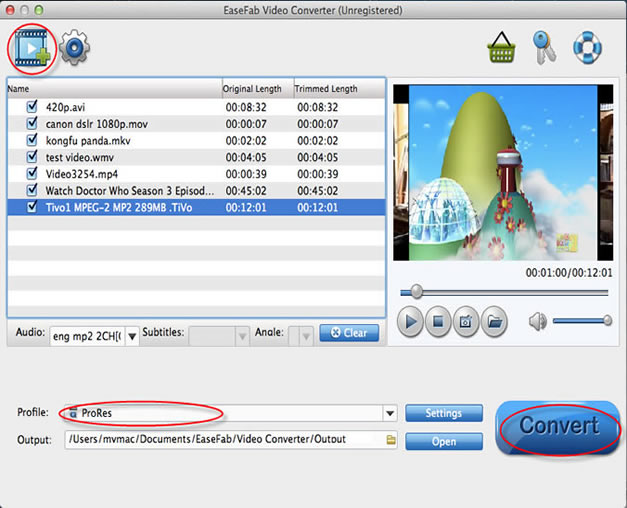 Step 2. Choose an output format from the format tray

In order to freely play your MTS/M2TS videos on Mac, you can select "MOV" as the output format from the Profile tray. If you want to convert MTS/M2TS files to play on portable devices, this Mac app offers a variety of presets for iPad, iPod, iPhone, Apple TV even apps like Final Cut Pro, iMovie. 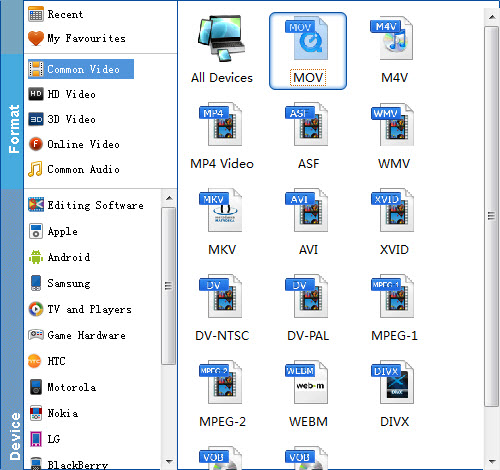 Tips: If you like, you can click "Settings" to change the video encoder, resolution, frame rate, etc. Remember bitrate higher results in big file size, and lower visible quality loss.

In this step, you only need to click the "Convert" button to start converting your MTS/M2TS videos to Mac compatible format. After that, you can easily play them on Mac with QuickTime.