High Efficiency Video Coding (HEVC) or also called H.265 is a new video codec that compresses video files to 50% with the most proficient encoding format today, MPEG-4, or also known as the H.264. That'll be ¼ the size of a file compressed with MPEG 2 codec which many of cable television companies are still using. More significantly, H.265 is being used to compress video files that have 4K resolution — and conceivably even 8K resolution files sooner or later — therefore it could be resourcefully delivered.

In 2004, ITU-T Video Coding Expert Group (VCEG) started the development of the successor to the codec H.264 and in 2007 ISO/IEC Moving Picture Expert Group (MPEG) started their journey to the same direction. In 2010, the MPEG and VCEG teams collaborated on a joint Call for Proposals and established the Joint Collaborative Team on Video Coding (JCT-VC) to develop the HEVC standard. On January 25, 2013 the technical content of HEVC was finalized and on April 13, 2013 it was formally declared as a standard.

There are number of professional HD camera out there in the market and the data coming out from those are immense. The size of the video file created with those cameras is large. There must be some convenient way to transport those videos to your home with the same bandwidth that you use for your Internet connection. This can be achieved in many ways. One way, possibly the easiest way, is to compress the data heavily which will eventually reduce the quality of the image. Other way is to find a better compressing technology that will reduce the size without compromising the quality of the image. H.265 is such kind of compression technology that was created keeping in mind the second way. It compresses the UHD video keeping the same quality of the video.

Till now, the containers that support H.265 or HEVC are as follows:

In near future, HEVC will be used by almost every content. It is a matter of decision for service whether to send data using HEVC/H.265 instead of MPEG-4/H.264. Many companies have already begun to use HEVC for streaming 4K content. Netflix, Amazon, M-Go are few of them. Netflix has begun to use HEVC to stream 4K content to few 4K TVs equipped to decode HEVC. Leading television manufacturer like LG, Samsung, Sony, Vizio, Panasonic and Toshiba will manufacture TVs with HEVC support and those TVs will be able to stream 4K content.

Amazon has amalgamated with few other studios like Warner Bros, Lionsgate, 20th Century Fox and Discovery for streaming 4K content using HEVC. Streaming service M-go has also announced the same via an app for Samsung TVs.

Though cable companies are not broadcasting 4K yet, they will decide it in upcoming years. DirectTV and Comcast's Xfinity will use an app to stream 4K content over the Internet to Samsung TV.

Here is a list of the top 4 players that can play HEVC files:


How to Convert H.265 Files from/to other formats

To convert H.265 files to other format or encode other formats to H.265 files you will need a powerful and reliable H.265 converter. If you are seeking for the best video output quality, fastest video conversion speed, and the most formats supported, EaseFab Video Converter (available for Windows and Mac OS X) will be your best choice. It is integrated of HEVC H.265 encoding and decoding. No matter you are looking for decoding H.265 video to H.264 and more other formats or converting video to HEVC/H.265(HD/1080P/4K), the professional H.265 conver ter will fulfill your task fast and easily. Below is a detailed guide to show you how to use the program to to convert H.265 files to other format or convert other formats to H.265.

How to Convert Videos from and to H.265 Files Quickly and Easily >

VP9 or Video Processing 9, the successor to VP8, is an open and loyalty free video compression standard developed by Google. It is the Google's latest open source project whose target is to improve the delivery of content over the Internet. It is expected to reduce the size of the video files to half, comparing the current encoding technology called H.264 or MPEG-4. It will be used to compress video files and stream at 4K resolution.

Google has already announced that VP9 will be used for 4K content on YouTube. Google Play is also likely to use VP9 for streaming video service. When each individual service will have decided to send content using VP9, there must be some compatible hardware to run that content – which will be the big challenge for VP9. Google has already partnered with some companies like Intel, ARM, Broadcom, Marvell, Nvidia, Qualcom, RealTek, MediaTek, and Sigma for manufacturing VP9 compatible chips and components.

So it's reasonable that we should compare H.265 and VP6. The comparison between the two video encoding standards are listed below:

Rayburn from Frost & Sullivan sated that HEVC can't be deployed until the full encode, decode and transport infrastructure is designed. The good news is that some major companies have already begun to adopt H.265. There were a lot of grumblings during the evolution of H.264 and the same will be true for H.265. H.265 will also have to face challenges from its competitor VP9. Above all, a lower data rate with the same quality is good for everything.

Get a full understanding on video file format.

Learn how to rip, convert and backup your DVD.

Learn how to create DVD.

Learn how to backup and rip your Blu-rays.

Learn how to recover deleted or lost data from your iPhone, iPad. 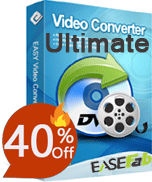 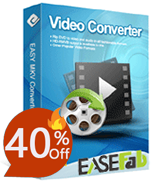 Easily convert all video files from one format to another in state-of-the-art quality.